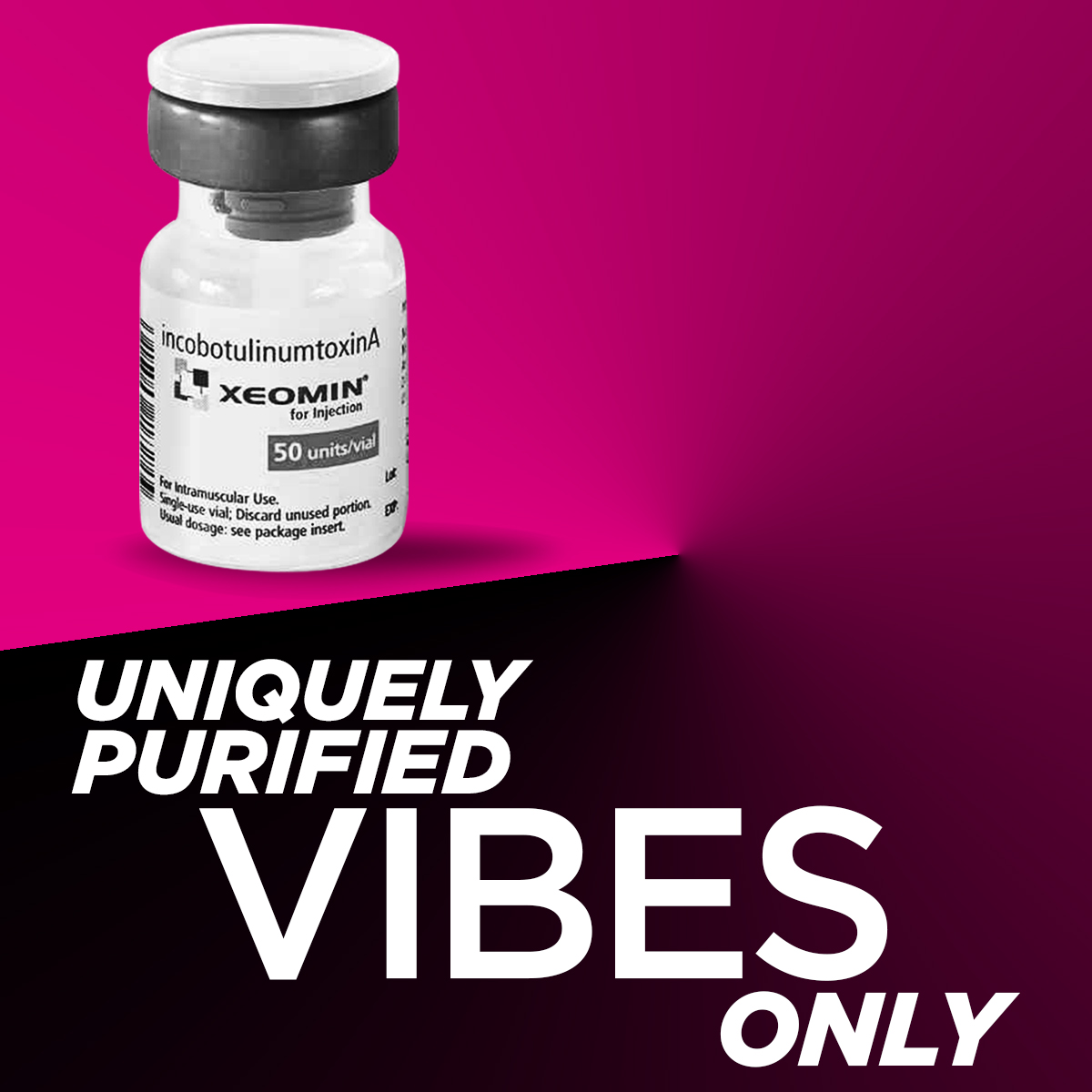 Xeomin- "X out the judgment"

Frown lines form when facial expressions are made as the muscle under the skin contracts. Over time, as your skin ages, these repeated expressions cause lasting frown lines. Neurotoxins, such as Xeomin®, are prescription medications that block the release of chemicals that cause these muscle contractions so frown lines are softened.

What are the benefits of Xeomin®?

Better or worse than Botox®?

Xeomin® is the first one that does not need to be refrigerated before use, which may simplify distribution. Xeomin® is also has no additives, just botulinum toxin type A. This may mean that there is less risk of developing antibodies against Xeomin® than other available neurotoxins. The body develops antibodies in response to a foreign invader and attacks. In theory, antibodies could prevent a neurotoxin from having its desired effects. The effects of Xeomin® occur within one week, and the results last from three to six months, making it comparable to Botox in terms of both onset and duration of action. Xeomin® should not be used interchangeably with other botulinum products.

Xeomin is an FDA-approved product that is safe when injected by a properly trained, experienced injector. As with all medical treatments there is a certain degree of risk. On consultation your Strella professional will review all adverse reactions and or risk.

A MESSAGE FROM THE OWNER

Thank you for choosing Strella

We started Strella 12 years ago with a singular goal: to help people in our community look as great as they feel. As we all age, on thing quickly becomes clear.  For the most part we still feel like we did in our early 20s, we just don’t look the same.  And with time, the gap between how we feel and how we look gets bigger.   We are here to change that through treatments and services that reverse the visible signs of aging.  And we can prove it with the stunning results we achieve for our clients.
‍
Over the years have grown to be a full-service anti-aging and body contouring aesthetic center trusted in the community. For each of the last three years, we won Best MedSpa in Montgomery County. We're so thrilled to have the confidence of our clients and the reviews they share; it means the world to us.

We can’t wait to hear from you.

Who says nature has to take its course?  Strella Aesthetics is here to help you look as good as you feel.  Come on over, your time machine awaits!